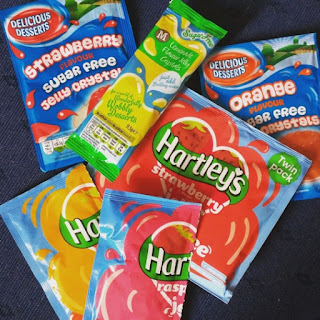 If you’re a low carber you might already know that the sliced bread in the infamous saying? I think I go unchallenged in saying that’s sugar free Jelly Powder / Jelly Crystals for us. Jelly turns everything into a sweet delicious pudding without the need for carbs nor a high calorie level which is usual with our high fats foods. Basically, it’s the holy grail to tame any sweet tooth without consequences on our diet plans and lifestyle. Amazing right?

A few weeks ago (this actually happened in 2015) I had a discussion with Hartley’s though as they changed the labels on their Sugar Free Jelly Crystals Sachets and basically implemented the sneaky food label rule which says that “If a serving contains less than 0.5g of a nutrient, that nutrient’s value can just be declared as ” providing now only nutritional values for the jelly powder if “prepared” following the instructions, which, would consider only making jelly pots, and 4 out of a sachets. Us low carbers are much more creative than that! The previous labelling had both values “per 100g as sold” and “per 140ml prepared” which basically meant ¼ of a sachet. The values per 100g sold of course allowed us to work around how much carbs were in a sachet and therefore how many carbs had our portions independently from how we decided to include the jelly powder in our recipes.

Hartley’s customer service was really nice and keen though, and they went the distance by giving me a call to explain the changes were due to the fact the previous labelling was considered “confusing” by some customers. Namely they received many enquiries stating “how can it be sugar free if it has 17g carbohydrates per 100g?”. I know, I know, not everybody is as well trained reading labels as we are, and so, after a while Hartley’s tried to explain that every sachet contains 11.5g of powder (1.7g carbs) and that still needs to be split into portions.

Hoping now that Hartley’s will take on my suggestion to have nutrition labels reporting values “per serving as prepared” but also “per 11.5g sachet of product as sold”, I am now tracking ingredients and nutritional values for all sugar free jelly powders available to us UK low carbers

HERE'S A LINK TO GET HARTLEYS INTERNATIONALLY ON MOST AMAZON STORES. IT'S A BIT PRICIER BUT IT NOT AVAILABLE IN YOUR COUNTRY HERE'S YOUR OPTION http://geni.us/hartleys

No Maltodextrin! Yay! Also biggest variety in flavours, huge discrepancies between carb values for different flavours so beware, however they still have the lowest carb count for flavour compared to any other Uk brand. To this day, they are my favourite brand for value for money cause they come in double sachets (23g)

This didn't exist when the first edition of this list was done in 2015, but they are now sold at least in Tesco, by single sachet and seem to not have Matodextrin the their ingredients, making it keto-friendly. However, like most they do not show value per 100g as sold but per portion made, which also just generically says less than 0.5g carbs per 140ml portion, so conservatively, count 2g carbs per sachet.

Sainbury's seems the only one to sell it. The most expensive one and not too clear nutritional values on the label. Also discrepancies on ingredients. The official website declared its sweetener is Erythritol, the ingredients list in the UK shops that shown them declare aspartame. Neither thankfully show Maltodextrin which makes it keto friendly

Asda Chosen by You “No added sugar” Flavoured Jelly- 33p per 11.5g sachet

On my NO list because they contain Maltodextrin and higher carb values than other available brands . However they still list their values for 100g of product as sold (they used to, not anymore), which earns my respect for the brand’s transparency.

Could be a runner up for best jelly in the UK after Hartleys for what concerns Carbs value, but alas, they also use Maltodextrin as a bulking agent for the Strawberry and Raspberry flavours.

I don’t have first hand experience with this brand unfortunately but at 49p per sachet they seem quite expensive to me. I couldn’t find an ingredient list nor values for the Orange and Raspberry flavour so I will look into it and get back to you. Alternatively if you have infos and/or the product itself and would like to chip in, by all means, drop me a line and I’ll add the info and credit you if you don’t mind :)

So, now that you can make an informed decision on your jelly crystals supply, what are you going to cook with them? well I do have a few ideas coming :) Stay tuned :) 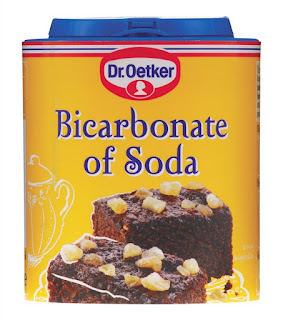 Getting into Keto is what got me try my hand at cooking for the first time in 30 years. I actually ruined 3 recipes working around almond/coconut flour before I realised this trick, which probably most of you know already, but if not, maybe I’ll save you a coconut bread loaf. This applies to low carb keto recipes, especially those we directly convert from a regular ingredients recipe.  So if you’re trying your hand at baking something low carb (coconut flour, almond meal, and such) and are using Baking Soda (Bicarbonate of Soda) you might have encountered this issue: the whole final result smells like ammonia and tastes soapy. That’s cause the mix is too alkaline and needs to be balanced out by an acid. In regular recipes this is done by ingredients such as maple syrup, molasses, buttermilk, because they are acidic. When we convert such recipe to low carb we need to accommodate the lack of those acidic ingredients if we still want to use baking soda. So the easiest way 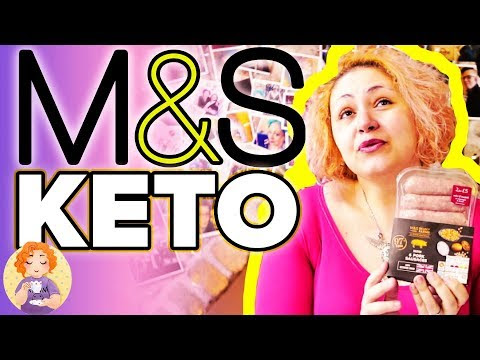